Slate Tile Roofing – The Renaissance of an Age Old Crown

Over the past few years, there has been a renaissance in the use of building products in new home construction and renovation. One of the most notable changes is the use of an age-old building product as a roofing material – slate tile. Slate has found its way back in many major markets such as Atlanta, Charlotte, and Chicago and has even spread west to Texas, Colorado, and California. The use of natural slate roofing which had been on a slow downward trend since the turn of the last century, is now a presence in our most notable neighborhoods around the country. In the technological age of recycled materials and computerized smart houses, the taste of the new homeowner is turning back to natural building products like rock. While you can see almost the exact same trend in other components of high-end building, like natural stone facades and granite stone driveways, the trend toward slate roofing has been dramatic. Where the beauty and durability of natural slate roofing seems to have been reserved for courthouses, churches, and historic buildings over the past decade, the next time you look up in an exclusive neighborhood or golf club community you are likely to see the change. 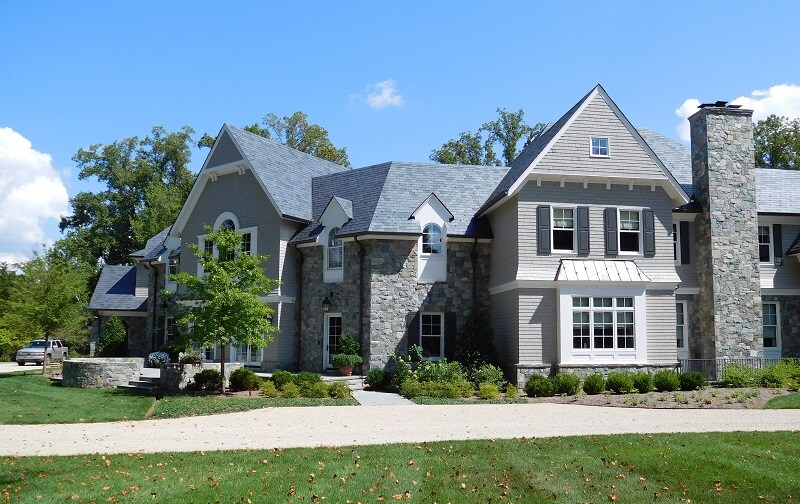 Like an old cliché, slate is literally as old as the hills. Humans weren’t even a gleam in Mother Nature’s eye when the minerals that make up slate were deposited on the bottom of our ancient seas and river beds. Only the highest quality and purest slate is used for roofing and it took nature 450 to 600 million years to perfect. Compare that to the few hours it takes to manufacture asphalt roofing shingles which tend to deteriorate and age as quickly. To put it into perspective, the next slate roof you see was probably manufactured by nature about 200 to 300 million years before the dinosaurs ruled the earth.

How long have humans been exploiting this age-old gift? One of the older examples can be seen in France dating back to 500 BC. The more modern forms of slate roofing began in Wales around 1200 AD. Today, slate production in the United States remains much like it was in its infancy in the early 1700’s. However as a whole, the slate industry and the use of slate in modern construction is changing rapidly. 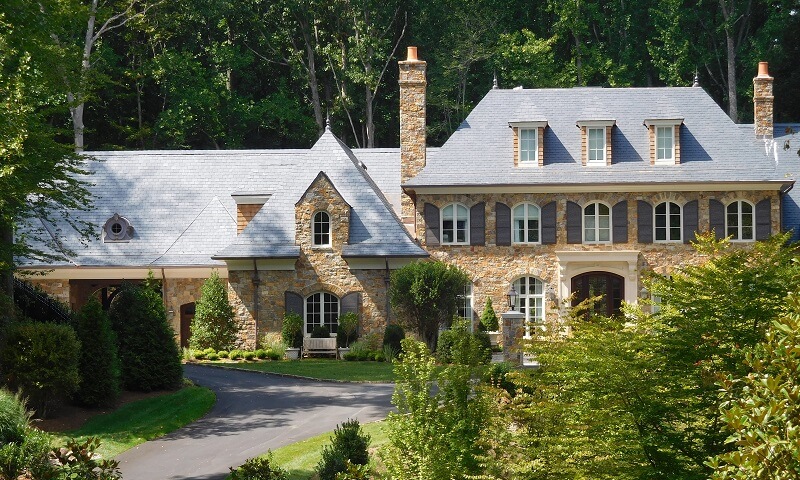 The reason for the change is multifaceted. If someone could explain the nature of trends in consumer demand and design, they could solve a riddle in the human genome. The simple fact is that today’s homeowner wants the best and slate roofing is undoubtedly perceived as just that when it comes to roofing. The recent design trend back to more natural products has multiplied that result. The roof has typically been regarded as the second most important feature in the exterior of a home when it should be the most important. The very nature of a home is to provide protection from the elements; what’s more important in protecting your home than the roof? As owners today take care to build homes which compliment their own style and grace, they are embracing slate with this in mind. Roofing slate has a mystique that instills a sense of value and unmatched curb appeal.

Another major factor in the popularity spurt finds it roots in the law of supply and demand combined with an unusual twist in the cost. Normally increased demand means higher prices. However, the slate industry has reacted differently. While the supply of slate and qualified installers has been somewhat limited in the past, this new demand has spawned an influx of high quality imports and an increase in competition among contractors. Less than 5% of the world’s slate is manufactured in the United States and foreign producers have shown that they have much to offer in this industry. While domestic producers are somewhat limited to slate colors that weather or fade over time, imports offer a wide variety of stable colors at a very good price. This avenue is not totally without pitfalls. Early importers experienced some problems with quality control, dependable production, and lead times. Though most of these ills have been cured, it is still good advice to deal with U.S.-based businesses that are knowledgeable in the field of slate roofing. Even at a good price, slate is not cheap and warrants prudent investment decisions. 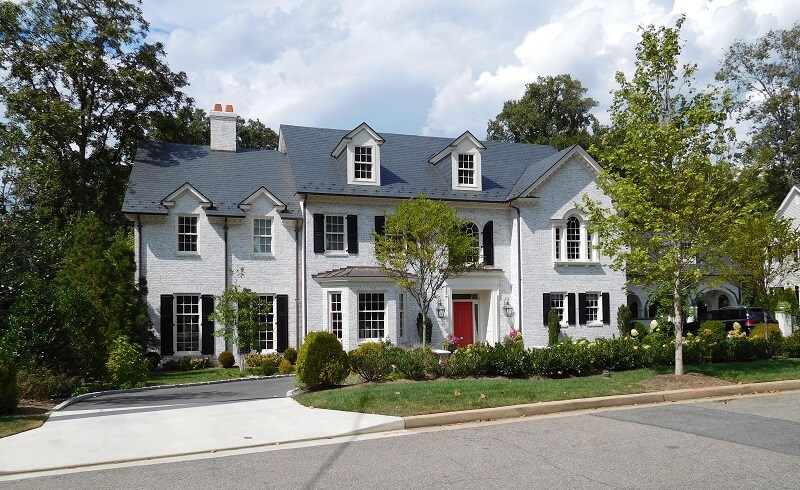 The choice to use slate is less complicated than one might think. Cost considerations are quickly offset by value on structures that are designed to last as long as the slate roof. Slate roofs generally last from 75 to as much as 300 years. Due to the consumer perception on quality, a slate roof can substantially improve resale value, even on small homes. This factor is very evident in mature home markets like Washington DC and Philadelphia where you find slate roofing on small bungalow homes selling for $1 million plus. The same can also be seen in sections of Atlanta like Buckhead, Mid-town, and Virginia Highlands. With an almost unlimited range of colors, textures, and sizes, slate roofing can be found to fit almost any style home. As for the expense, a slate roof will likely cost less than the siding on most high-end homes at $6 to $9 per square foot installed.

As the trend back to slate roofing continues, you are likely to see it in many new places around Atlanta. As one might see on a European chateau, don’t be surprised if you look up at your neighbor’s house and find rocks on the roof.