Slate Roofing: an old roofing material in the modern world

Literally speaking, natural slate tile roofing has been around almost forever. Most of the material used to manufacture slate tile roofing today was formed between 450 and 600 million years ago. We have used these naturally formed sheets of rock to shed water for almost as long as man has been building shelters.

In today’s modern world this age-old product still demands respect as the most desirable roofing product. Natural slate has elegance, performance, and distinction and provides an unequalled air of permanence to a project. If it has a slate tile roof, it must have been built to last. Of course this feature comes with a price that is higher than the popular fiberglass shingles of today. It is no wonder that almost every sector of the roof manufacturing industry has strived to emulate the look. From metal to fiberglass, rubber, concrete, and even wood fiber producers, all have tried to make a product that looks like real slate. Some of these “look a likes” do a pretty good job. But with the checkered history of some these simulations, it is hard to predict long-term performance and aesthetics. However, they have made a significant impact on the natural slate roofing industry and truly changed the lay of the land for manufacturers and consumers.

The introduction of more recent simulated slate tiles, accompanied by large budgets and aggressive marketing, has actually increased interest and awareness for the real thing. They have drawn roofers, homeowners, designers, and custom builders into a market that was considered “only for the elite” in the last half century. With the lure of more affordable pricing and eased installation, the introduction of simulated products has shifted both real and fake slate tile back into the realm of consideration for consumers. This dual effect on demand has been driven by one simple fact: When consumers do their homework, the simulated products aren’t that much less than the real thing. In today’s modern world of the Internet, you can bet on high-end consumers doing just that. 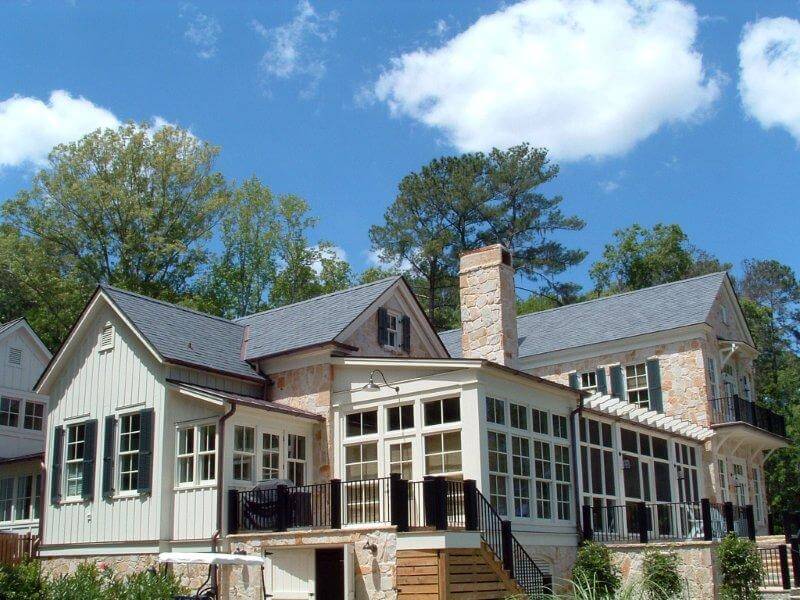 In addition to the introduction of several simulated products, the domestic slate roofing industry is also feeling the effects of the “global economy.” Just as the information age has served to provide more knowledge on “look a likes,” it has also shed light on the wide range of imported slate tiles. A close comparison can be drawn to the U.S. market for granite counter tops, also once considered only for the elite. The introduction of inexpensive imported granite from Brazil, India, and China has created a virtual boom in the market. At first glance, one might think this is bad for our economy, but the opposite has proved true. The increase in diverse colors and styles along with the expansion of the market to include average cost homes spawned an incredible expansion in the number of domestic fabricators and installers. Natural slate roofing is in the early stages of the same type of evolutionary curve. The availability of good quality imported slate tile with more diverse colors and styles is working to broaden the overall slate roofing market, both domestic and imported. In addition, there has been a corresponding growth in roofers specializing in slate installation. 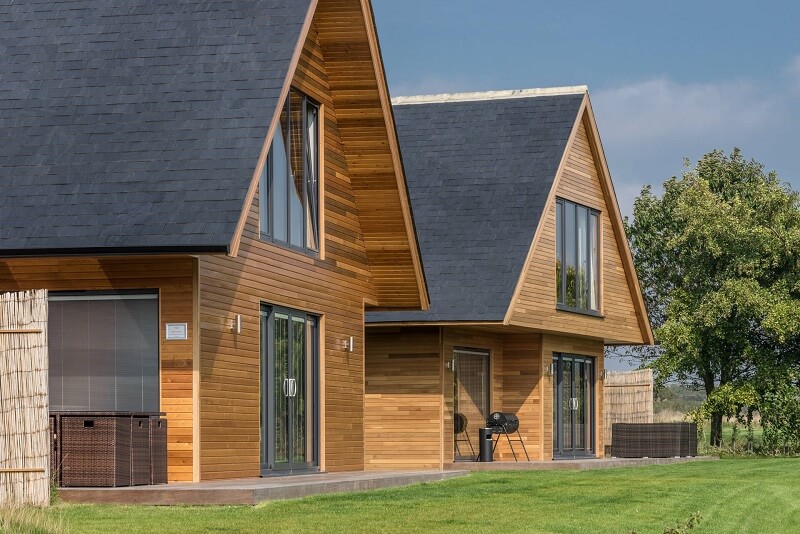 For the producers of natural slate tile, the impact has been both positive and negative. Order files have never been thicker and many quarries are working to increase production. As in any industry however, growth and competition are a double-edged sword. At the same time that demand has increased, prices for domestic slate have slipped down over time due to the competition from simulated slate and imports. As a result, the domestic producers are being forced to work more efficiently; thus the evolution of the industry on the manufacturing side. The turndown in pricing has been temporarily reversed by a spike in immediate demand from the last hurricane season and an increase in transportation prices. The price of domestic slate roofing is highly dependent on color selection and limitations on the supply of raw material for specific colors, but the fact remains that there is an upper limit on price that is influenced by competition.

The future of natural slate roofing looks very bright and demand is expected to continue to rise.

The consumer base has expanded over the past decade to include a wider range of construction, both residential and commercial. A large number of structures, such as universities, courthouses, churches, and historic homes built in the last 150 to 200 years are coming to an age where the slate roofs need to be repaired or replaced. The increase in the supply of both imported and domestic natural slate, the moderation in pricing created by competition and the increase in available installers are all working in favor of the industry as a whole. Consumers now have a much wider variety of products from which to choose. Chances are good that the age-old roofing product of natural slate will survive the changes of the modern world, and will be around for several more centuries to come.