Situated within the picturesque Southern Appalachian Mountains surrounding Cullowhee, North Carolina, the 600 acres of Western Carolina University’s campus provide one of the most beautiful college settings in all of America. And just this past September, that scenario became even more exquisite… architecturally. 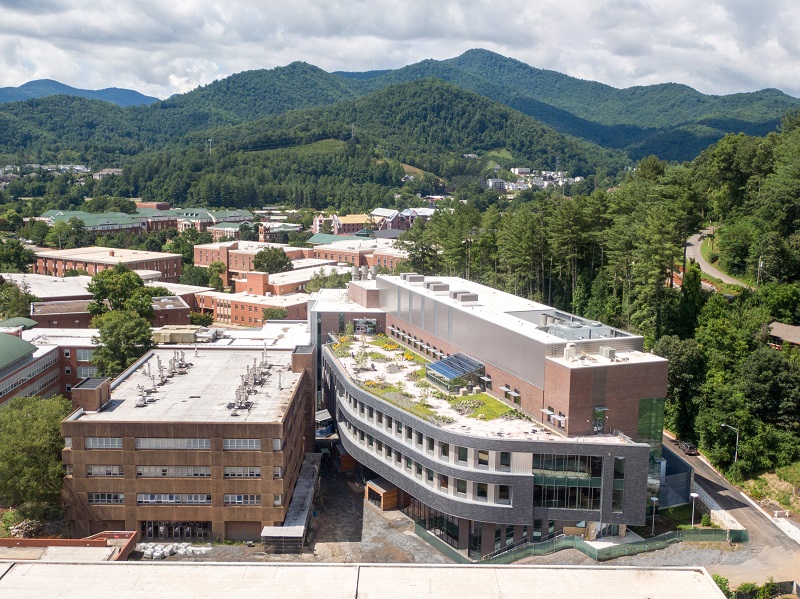 The newest building on campus, the Apodaca Science Building, has often been described as being “state-of-the-art and highly organic.” This $110.5 million, ultra-modern facility has superseded the former natural science building (and its aging 1970’s appearance)… with a replacement structure sporting an amazingly eye-catching look of tomorrow.

This brand new building was named after Tom Apodaca, a 1980 graduate of Western Carolina University, who served from 2002 to 2016 in the North Carolina state legislature as Senator. The overall project was brilliantly designed by Lord Aeck Sargent architects as a new STEM building. Incorporating sustainable design strategies and an overall philosophy of “putting science on display”… were just some of the guiding principles for the design team. One very interesting item is that the building’s overall design was based in part on the history, culture and influence of this mountainous region’s Cherokee civilization. 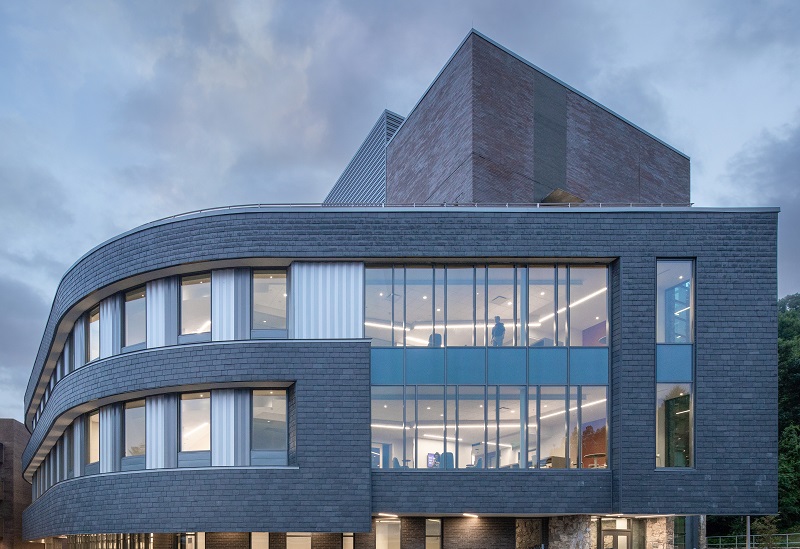 There were a lot of people needed to pull together this 183,000 square foot STEM building,. Our original designs were in part based upon the natural surroundings, the pre-construction ‘built surroundings’… and the former Cherokee Indian mounds located on campus. We originally wanted to specify slate shingles as the building’s skin, to tie-in with surrounding buildings that had slate roofing. But, there simply wasn’t enough material available to accommodate the massive exterior.

We tried to find that same look, as it was agreed that a subdued looking product, certainly not shiny, was to be chosen. I had not heard about CUPACLAD, but upon being introduced to it, saw that it had a natural, tactile look, seemingly ideal for this absolutely modern building, which was designed to have form follow function. 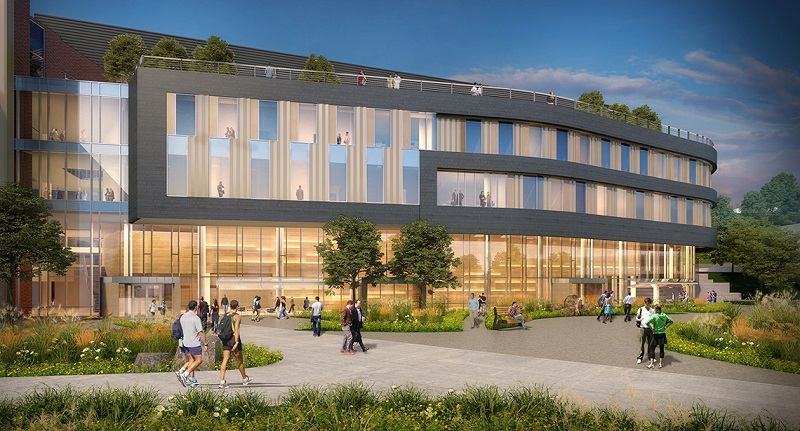 Another offering that O’Brien and his team liked about CUPACLAD, was the fact that it could easily be correctly installed on the Science Center’s planned curved façade, which was a major focal point of this building-to-be.

CUPACLAD’s natural slate facade system was ultimately specified to function as an exterior rainscreen for the building. Extremely efficient, CUPACLAD consists of rectangular modules, expertly crafted out of natural slate, one of the most weather-resistant materials found on earth. There are countless design possibilities offered with natural slate, limited only by the parameters of one’s imagination. The slate modules are lightweight and versatile, and most notably, they can be adapted to virtually any substrate.

CUPACLAD natural slate is handcrafted by skilled craftsmen, with zero chemical products or additional treatments used whatsoever. After being installed, no maintenance will ever be needed. And, it offers ideal solutions for cladding the facades of hotels, schools, libraries, personal residences and more. CUPA PIZARRAS, the globe’s leading supplier of natural slate, developed this protective cladding system. With more than a century of total experience in the business of slate production and innovation, the firm continues to expand its worldwide leadership position. 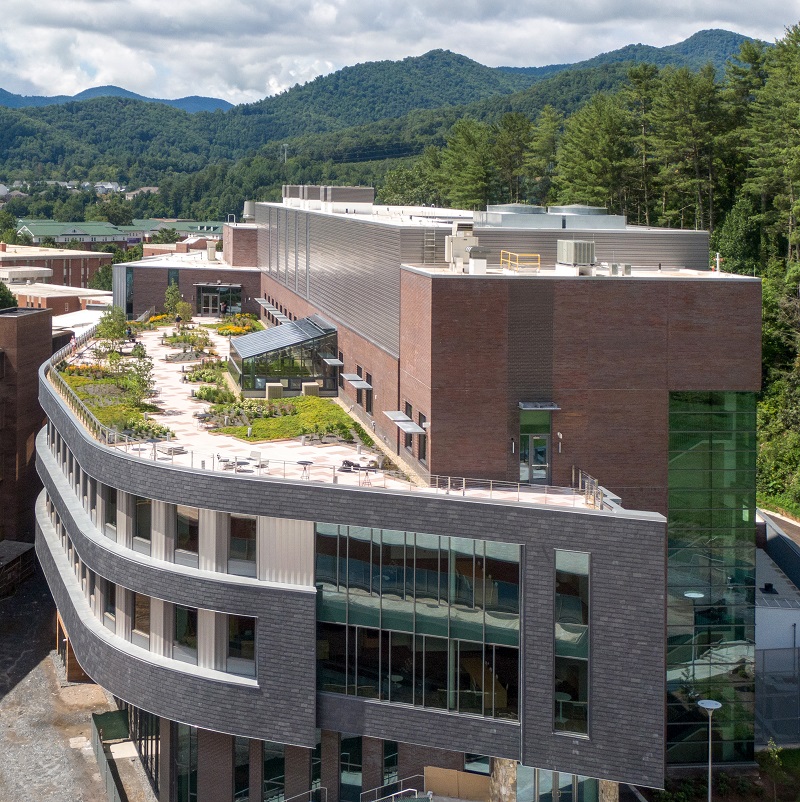 According to Daniel Tilley, Project Manager of Advanced Exterior Systems, which is based in Raleigh, North Carolina,

This was the first time we ever worked with the CUPACLAD system. Installation was simple to learn about and straightforward for our team to handle. And, we also were very lucky, as it also turned out that one of our key installers had previously worked with natural slate before.

“Actually,” continued Tilley, “the only thing we needed throughout the entire installation was one new chipping blade! Once we got that, we had zero installation problems whatsoever.”

When Tilley was asked if he would recommend the CUPACLAD system to others, he emphatically answered,

Absolutely! I cannot emphasize how pleased our team was, working with this product for the first time.

O’Brien was enthusiastic about CUPACLAD, as well. He stated,

It makes a connection to older building materials in a truly modern way.