The Palisades Field House and surrounding playgrounds were designated as historic landmarks and added to the D.C. Inventory of Historic Sites in 2016. History offered two epic periods of note. The first pertains to the site’s long periods of prehistoric occupation by Native Americans from approximately 8000 BC to 1700 AD. The second dates from the establishment/ development of the Palisades Playground for recreational use beginning in 1922… and subsequent design and construction of a field house and park completed between 1935 -1936. 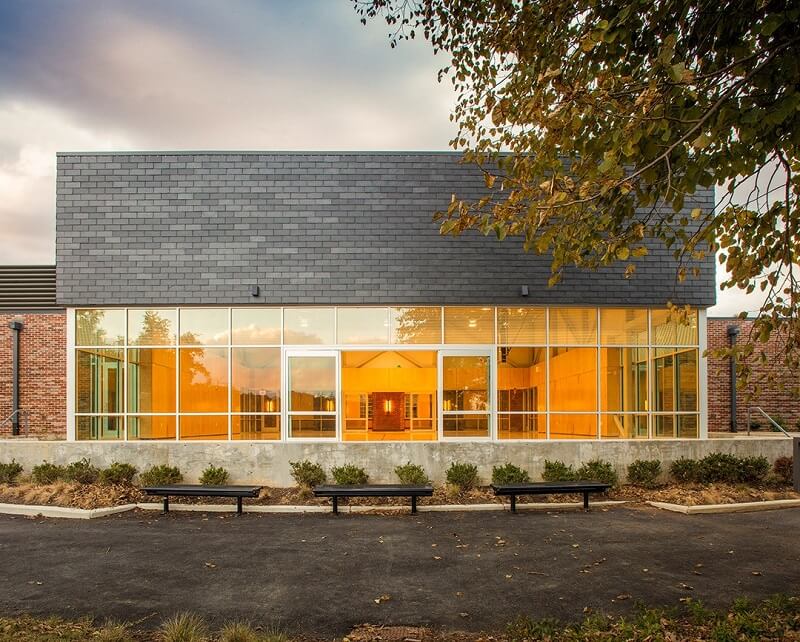 The result is a contemporary yet timeless building that has recently achieved the LEED Gold certification.

Archeologists had long determined that the areas along the Potomac River (including that now known as the Palisades Playground) were and are recognized as sites of Native American settlement stretching from 8000 BC to 1700 AD. Located on a bluff overlooking the Potomac River and bounded by two stream ravines, artifacts including stone axes and hoes, pottery fragments, stone projectile points and knives, beads, ornaments and other types of artifacts were collected in early investigations, many currently curated by the Smithsonian Institution Museum of Natural History.

Designed by the National Park Service in the 30’s, the original field house is a true example of the Colonial Revival style, popular in American architecture at the time. It included an auditorium/gym with game rooms for children, offices, restrooms, a small kitchen and more. In 2016, efforts to bring improvements and new facilities to the Palisades community were initiated. As part of a design/build team headed by MCN Build, cox graae + spack architects designed and administered construction for a modernized Palisades Community Recreation Center.

The project scope included a modernization and restoration of the 6,500 square foot existing Field House and a 7,000 square foot addition. Specific program spaces were to include a multipurpose room, flexible rooms for classes, meetings, and community functions, a gymnasium for indoor basketball with striping for other activities, a fitness room and other spaces tailored to serve both teens and seniors.

In many ways, this project transcended time. Our marching orders were to work on an historic site dating back thousands of years, with the centerpiece being a building which was 85 years old. Our client was not just the District of Columbia… but also, many local community organizations and members with whom we connected via a structured community outreach program. Needless to say, we had many masters. Our collective goal was to update the facility, but in doing so, exhibit the past, present and future. After much deliberation, we were able to come up with a program that was accepted by all. 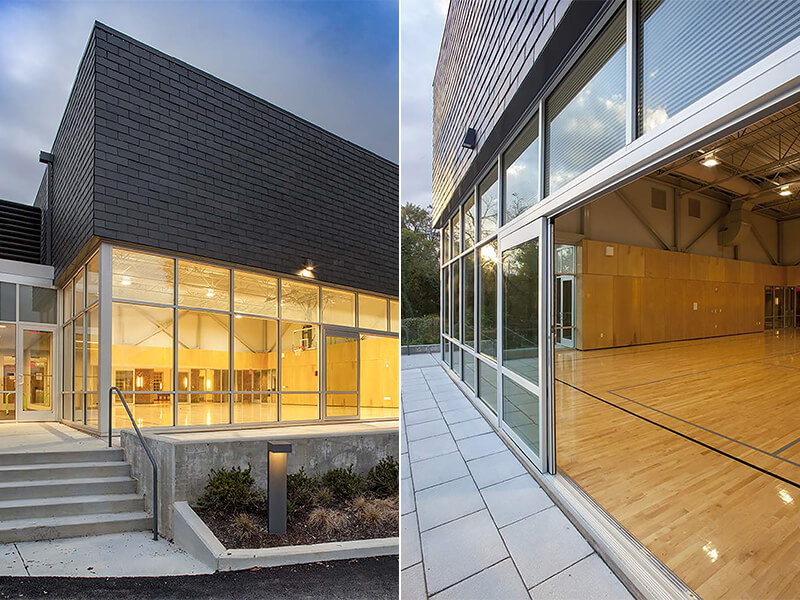 No major construction needed to be done on the initial older building, as Gregory stated:

It had great original bones. However, we did replace deteriorated windows and doors… and restore and replace lost interior finishes utilizing original design drawings as a guide.

He went on to explain that there was only one place for the new addition to be built… and that was not at the current building’s front. Rather, it was on the side closest to the river, where those who were inside could see across the Potomac River to Virginia and vice versa.

We envisioned glass walls on all sides facing the river offering exceptional views. Yet we wanted the proposed addition to blend in with the understated features of the original building… and clearly, we did not want the end result to be described as a ‘glass box.

We considered various materials that would be complementary with all that glass. One restrictive D.C. preservation mandate, which was much appreciated, was that we were not to ‘mimic the original building’s form and cladding materials. The addition had to exhibit a clear separation between what was original and what was new.’

To make a longer story shorter, that’s when a natural slate CUPACLAD rainscreen system was considered and shortly thereafter, specified.

We evaluated and promoted the use of natural slate for the project for its beauty, timelessness and longevity. CUPACLAD natural slate was well received and approved for use in our several public presentations to D.C. Historic Preservation Agencies. We also carefully considered how the grey/charcoal-colored, horizontally placed slate units were to look and be installed. Our team managed the design and installation of the slate units, not unlike typical masonry corner-to-corner installations, where only full or half-length units were to be installed. In layman’s terms, this translated into corner conditions where no ‘fill-in’ material was needed as the slate units wrap the corner conditions seamlessly. There was no doubt in our minds that by following this dimensionally rigorous, but sensible approach, CUPACALD rainscreen would work out. 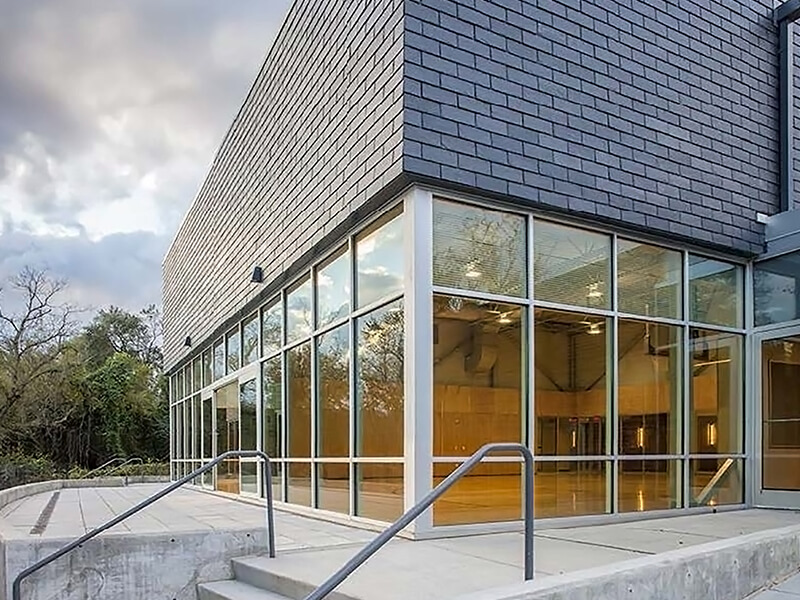 It should be mentioned that CUPACLAD systems are quick and easy to install by any facade contractor. Once installed, the slate is safely set-in place. Because with natural slate there is no color fading… it stands up to any climatic change, and no maintenance therefore is ever needed.

We really enjoyed working with the CUPACLAD product and the CUPACLAD people. We have another project utilizing CUPACLAD on the boards and plan on specifying it for future projects.

One of these autumn days, you may find yourself in Northeast Virginia, leisurely driving along the George Washington Parkway. Looking eastward and admiring the seasonal foliage, you see beautiful combinations of red, brown and yellow. If you look another second or two (driving safely, of course…) you might also have a quick view through the leaves of an exquisite building consisting of glass window walls and a stately greyish, charcoal-colored stone façade that nicely complements the leaves. Get used to seeing it. That view was designed to continue looking good while lasting essentially forever.