New to Iowa City’s historic Northside District, Market House is a mixed-use gathering place located at the corner of North Linn and Market streets. According to Nick Lindsley of Neumann Monson Architects,

“The neighborhood, which is steeped in familiarity and a long history, has many buildings primarily clad in brick. Our strategy consisted of creating a five-story building, that blended in with these surrounding brick buildings, but also had a visual and textural identity of its own. At first, we thought about using terra cotta on the building’s façade to complement brick, which we had originally chosen.” 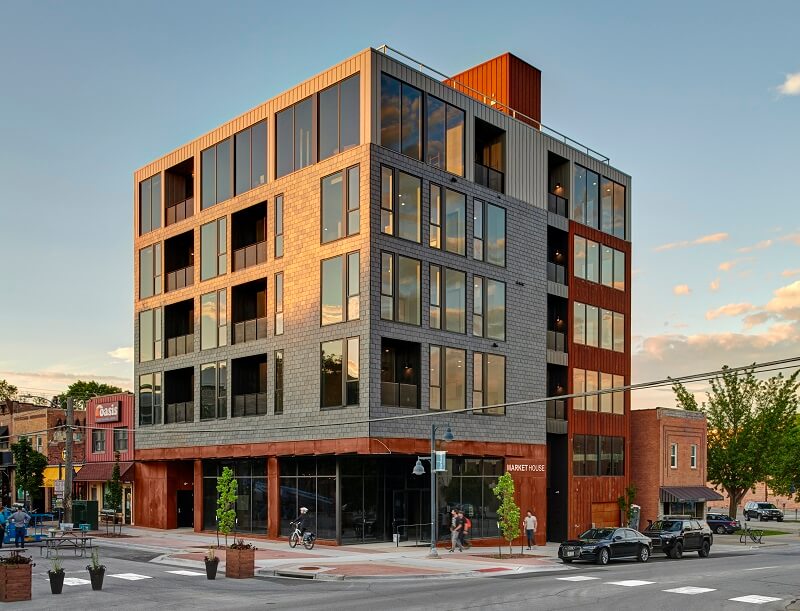 “There’s much history here on the Northside of town, but in ways it’s become a forgotten part of town. Our dream was to offer a place for people to gather and rediscover all the amazing things located here.”

Above underground parking, the main space is planned for housing a restaurant, and also having a mezzanine level for a smaller, complementary commercial space. Levels 2-5 are residential, with various sizes of condos. The building is “senior-friendly” with wider doors and hallways, an elevator… and accessible bathrooms. There is a rooftop terrace which the owners believe is going to be the project’s centerpiece.

Neumann Monson had not previously worked with CUPACLAD natural slate rainscreen cladding, and according to Lindsley,

“We were really impressed. We liked its colorations, which seemed to be very consistent, its natural texture, and of course the fact that this product of nature needs little or no maintenance… and is extremely resistant to extreme climate change.”

The owners, architects and installation contractor, McComas Lacina Construction were collectively pleased with the ease in which the CUPACLAD 101 Logic system was installed. Consisting of 40×20 cm slates installed horizontally via an invisible attachment program, (which include self-drilling screws actually designed by CUPACLAD engineers) all attachment items remain totally invisible apres-installation and thus, avoid any impacting of design integrity. 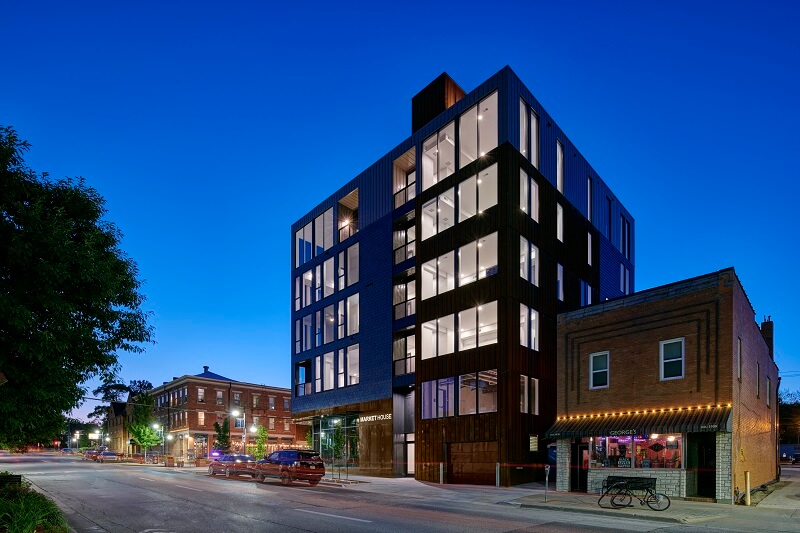 Iowa City has a lot to offer. The University of Iowa and Hawkeyes football are the heart of the community. The arts and education are taken very seriously there. Iowa City is a relaxed, yet progressive place. And its newest hotspot location is clad with 5,000 square feet of exquisite 100% natural slate. 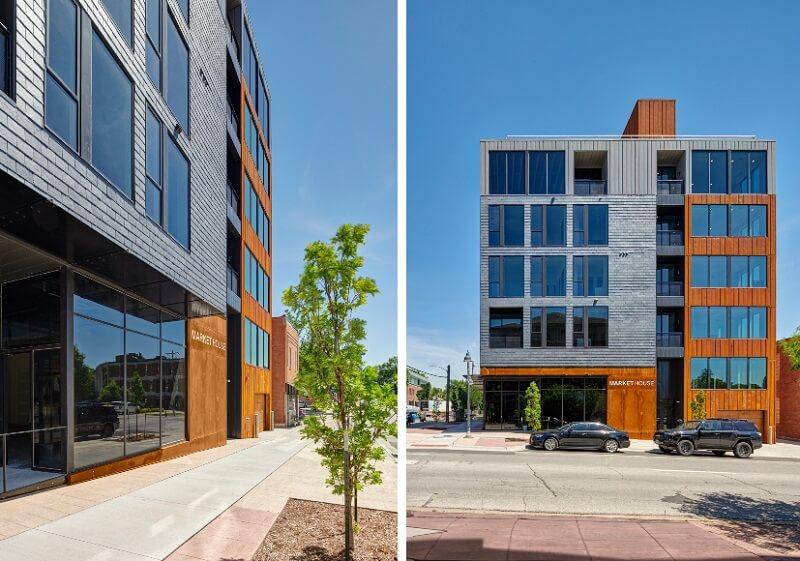 Furthermore, because Iowa City has four distinct seasons, it’s good to know that since Market House is clad has been strategically designed with CUPACLAD’s Logic 101 Natural Slate rainscreen System, its exterior will not be affected by harsh Eastern Iowa climate change. The building will hold up, looking just as it did when construction was completed… for decades and decades to come.