There’s a new building in Livonia, Michigan, which is rigidly steeped in Christian humanistic values and deftly clad with one of the most ancient, time-tested of natural materials. Madonna University’s overall mission is to instill its students with intellectual inquiry, a respect for diversity… and a commitment to serving others through a liberal arts education based upon the truth. The overall design of the Madonna University Welcome Center was inspired by these values. 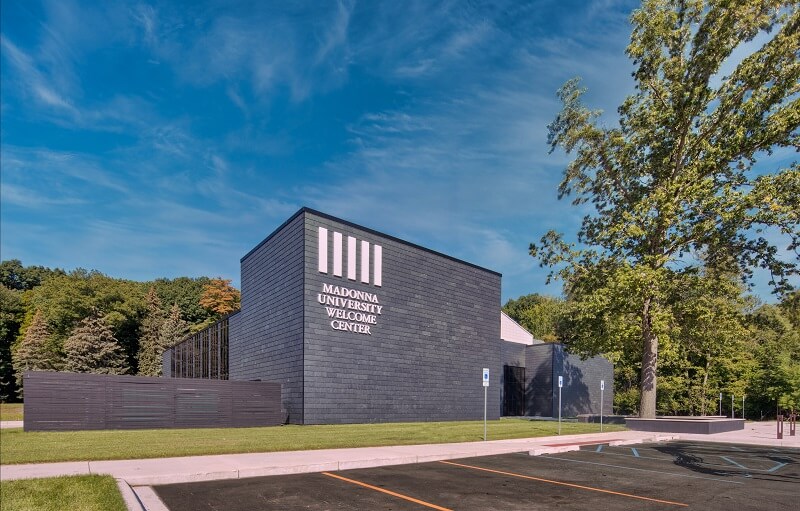 The Madonna University Welcome Center invites all people to visit a contemporary structure offering two mindsets. One being a location which provides a first view for incoming students; the other being a museum exhibiting history of the Felician Sisters of North America. 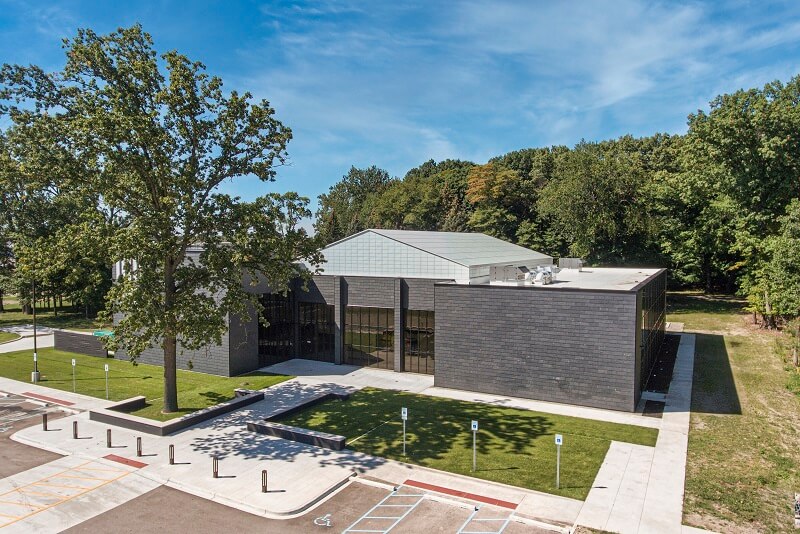 Teismann described how the building’s interior theme embodies an updated version of “cloister design,” dating back to the basilica of Saint Francis of Assisi in Italy. He stated:

This five-year project was challenging, as we were tasked to come up with a contemporary building emanating historic significance. One way we were able to accomplish that theme was by specifying CUPACLAD natural slate to clad the exterior of the Welcome Center.

The architects initially planned to clad the façade of this 30,550 square foot structure with black stone… but could not find material with the performance characteristics they were seeking. From there, they considered selecting various types of porcelain material… after that, black brick.

We ultimately decided upon CUPACLAD due to its contemporary, clean lines and also because this unique building material was historically significant. We also were pleasantly surprised when we were presented with CUPACLAD’s proposal, which indicated how cost-efficient it was, especially for higher-end buildings. 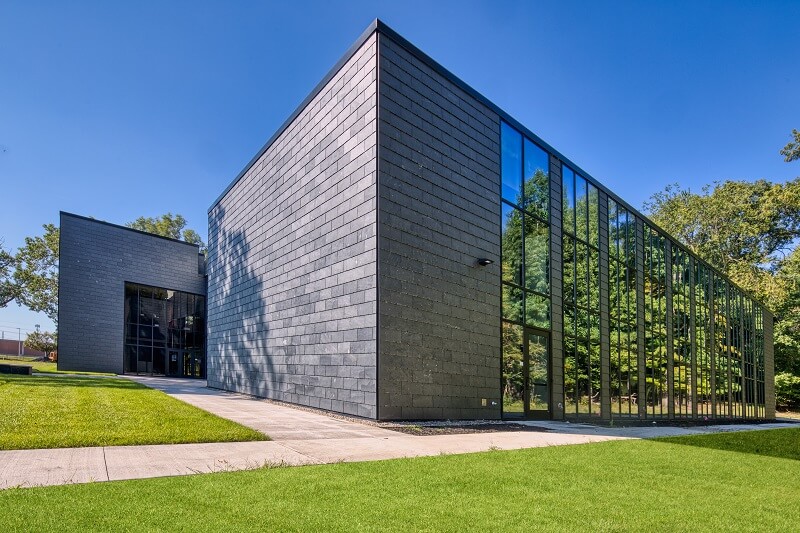 The architect added that final specification of this natural slate product was not only based upon it being affordable, but also being exceptionally durable and offering incredibly low maintenance, as well.

Selecting Vanguard 201 ultimately results in someone seeing the building via a larger perspective. People can now perceive how the exterior was installed via the grids and clips, which is actually a nice ‘look’… especially with considering the horizontally-formatted, large scale blue slate modules by CUPACLAD.

Also, to a more trained eye, because of the unique application method, the natural slate does not show expansion joints, which can break up an aesthetically rhythmic placement of exterior cladding. 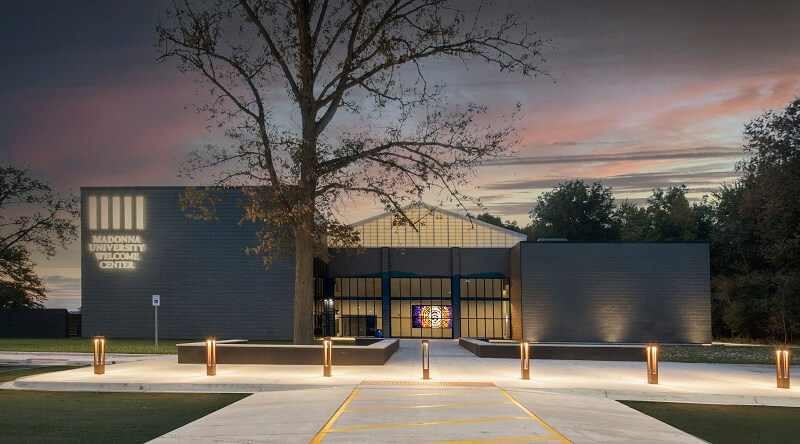 The architect added that final specification of this natural slate product was also based upon its being affordable, durable and offering very low maintenance.

This building was not intended to be a religious edifice, but even though its not religious in stature, overall, it is inherently very spiritual. CUPACLAD materials actually embody this.