The Next Modern Medical Facility 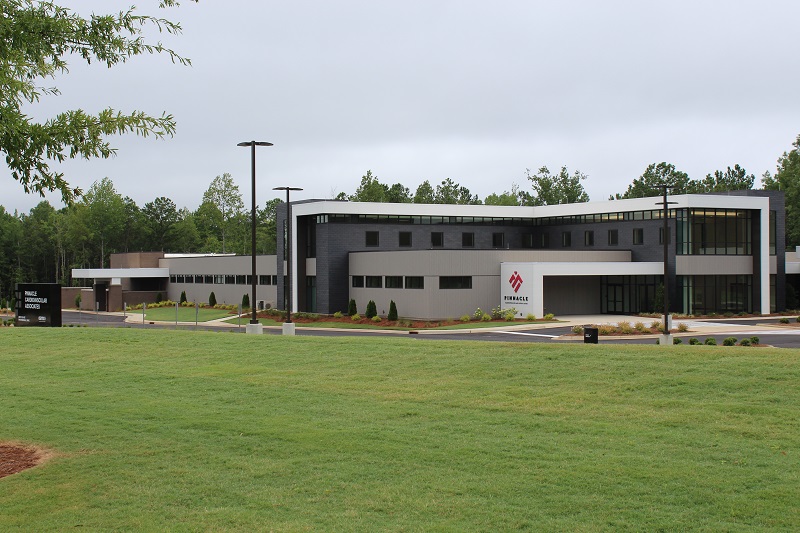 According to the architect,

“The challenge was not the project, but the timeframe for the new facility to be designed, constructed and occupied.”

All programming and design of the facility was mandated to be completed by December 1st, 2019… translated, an ultra-aggressive construction schedule of eight months had to take place. Seasoned, savvy, and connected, TRO Jung|Brannen was able to complete all phases of documentation in just three months. Legal elements of the project may have delayed the start, but the construction partner, Bailey Harris Construction of Auburn, Alabama, in the words of Architect McCurry, “performed beyond our wildest expectations.”

EAMC officials signed off on the modern approach of the building’s design immediately. However, they requested different rainscreen materials on the building’s exterior façade, so that it would not be confused with new Spencer Cancer Center (also designed by McCurry). 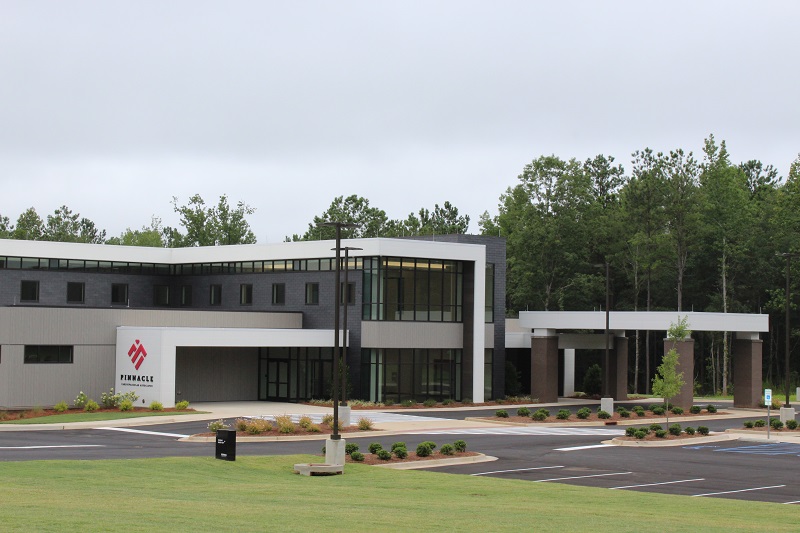 “The design vocabulary of forms are similar, but the exterior materials are both complementary and different,” commented McCurry. “We stipulated that designs and material selections for EAMC were to require the least possible amount of maintenance, while at the same time provide maximum durability and lifecycle costing.”

The design concept for the building was to utilize a modern form structure with exterior materials that represented the advancement of medicine through time, with materials, color and texture becoming more finished toward the crown of the building. So, how did TRO Jung|Brannen find out about CUPACLAD®, which at the time was quite new to North America? McCurry stated,

“We generally learn about new architectural products from both trade periodicals (both in print and online) and product representatives, visiting our offices to present Lunch & Learn opportunities, helping us fulfill requirements for Continuing Education Requirements (CEU’s). I was aware of various slate products for both wall and roof applications, but was not convinced the right project had not yet presented itself for utilizing a slate rainscreen. 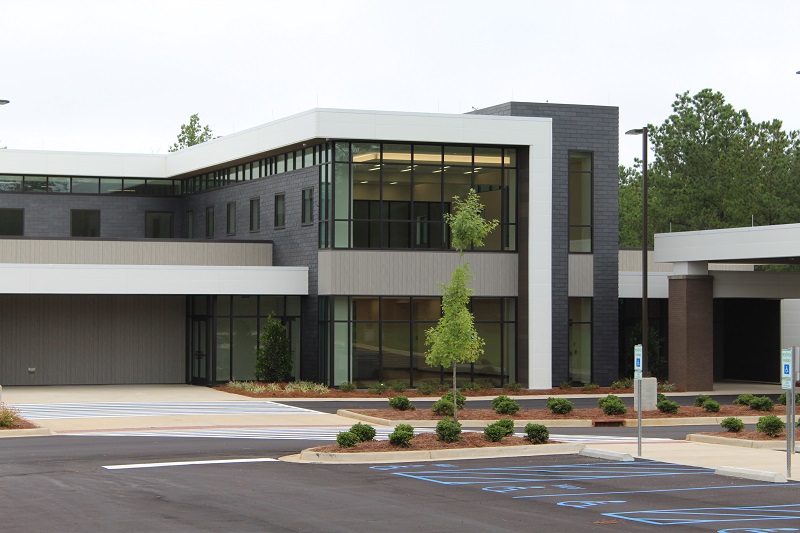 “We were in the process of selecting the exterior materials for the new Pinnacle Cardiovascular Center when at a Lunch & Learn session, Dewayne Thomas and Aubrey Larcheveaux of Eco|Spec presented CUPACLAD® to us for the first time. We were quite pleased, to say the least,” continued McCurry.

As with the previous EAMC Spencer Cancer Center, the architects were looking for exterior rainscreen products that would both illustrate the design concept and allow for the maximum speed of installation. They needed a rainscreen product offering a competitive square foot installation cost and thus, selected a brown brick veneer and precast to ground the building into the site, instead of the real stone veneer used on the Cancer Center. McCurry decided to use different levels of texture for the exterior walls that symbolize not only advancement in construction materials, but also the advancement of healthcare over time. 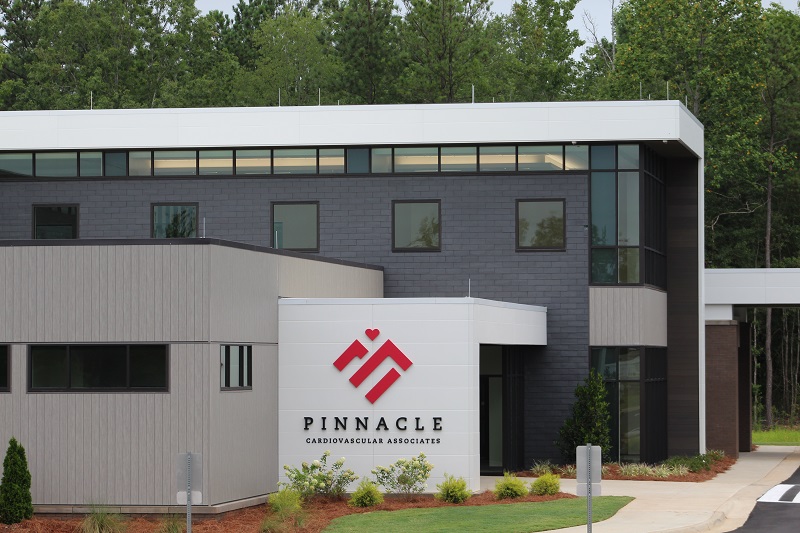 “However, we needed something else to give the design both texture and warmth, creating an amazing ‘Wow’ factor. CUPACLAD® natural slate rainscreen system was the perfect solution. It provided us with both the color and texture that the design was clearly seeking. “I feel the use of CUPACLAD® natural slate rainscreen in the design speaks for itself,” said McCurry. “It provided the building design with unique, contrasting color and texture needed to provide design flow and to tie the entire design together.

“We were able to work directly with CUPACLAD® to simplify the installation grid system and eliminate the z-girts normally provide, because we had designed the exterior wall system to eliminate the required cavity wall. We knew from the start that this project was,” concluded McCurry, “a pure race against the clock. And in addition to its high performance and outstanding aesthetic characteristics, the CUPACLAD® was extremely quick and easy to install!” 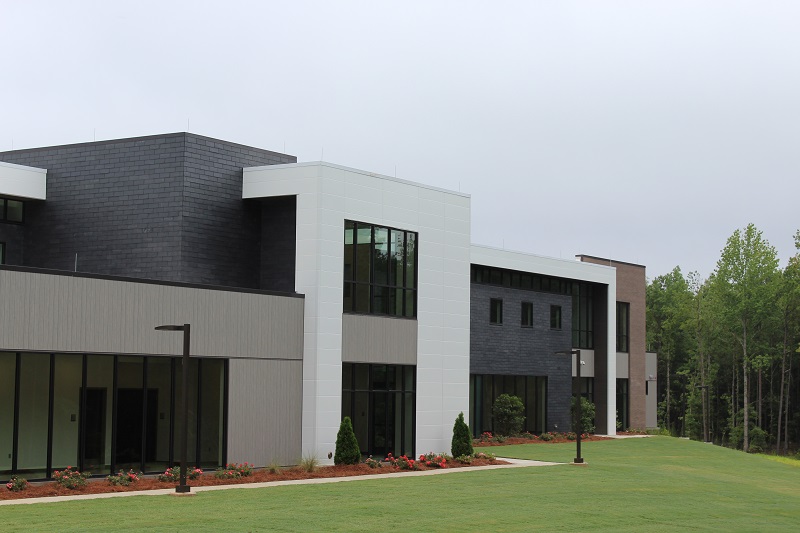 The company which installed the CUPACLAD® material was Living Stone Construction, of Kennesaw, Georgia, and its owner Bryce Dryden, stated,

“Our team found the CUPACLAD® system to be a fairly quick and easy system once learned. They also love the way it looks, giving them an additional sense of pride in the project. They believe the slate helped make the project.”

“This was a great project. One in which we were proud to contribute.”