Richard Pedranti is an innovative architect specializing in environmentally conscious building strategies. His firm, Richard Pedranti Architect (RPA), is distinguished by its ability to create beautiful buildings that achieve the rigorous Passive House standard. Combining intelligent modern design and 21st Century building standards, RPA creates extraordinary places that exist in harmony with the environment and fulfill the unique aspirations of each client. 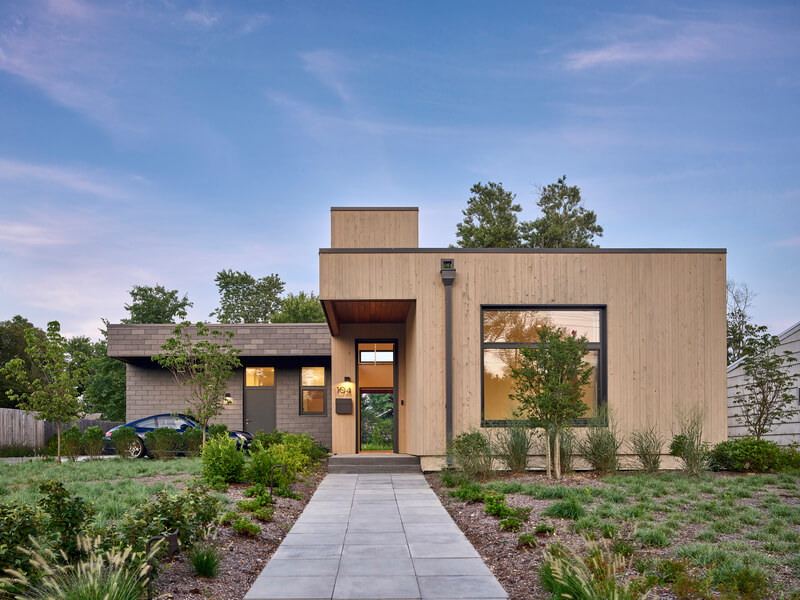 A retired couple from New York approached Pedranti to design a modern, energy efficient weekend retreat home in Spring Lake, New Jersey. They had made the decision to tear the existing 2,000 square foot structure down and replace it with a Net Zero residence that could be accessible for weekends year-round.

The residence won the Architectural Excellence COTE Award 2020 granted by AIA Pennsylvania for the performance of the building for the health and wellness of the occupants and the environment where it is placed. 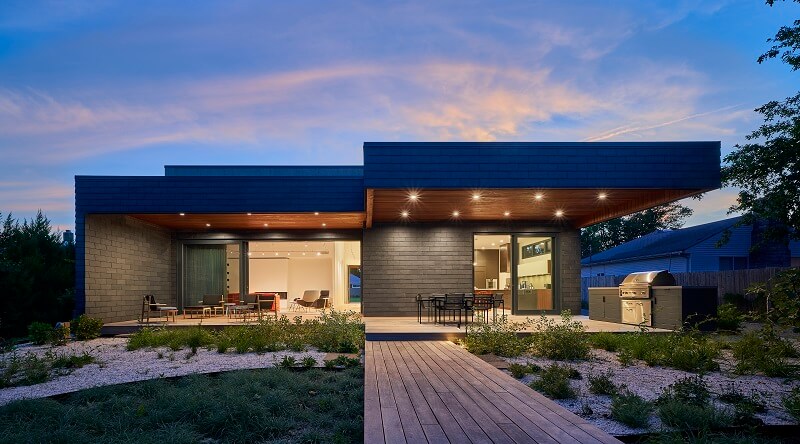 I look at new products almost every day, many of which are used for cladding. For this project, we initially considered an attractive new plastic product, which fit visually with the building’s planned design as well as with the surrounding landscape. After testing this product, it wasn’t nearly as durable as required for an all-weather rainscreen system.

Matt Berk of EcoSupply introduced RPA to CUPACLAD, a natural slate rainscreen system new to the states, but highly successful throughout Europe and Scandinavia for years. Ironically, the large windows specified for this house were also a product provided by EcoSupply. 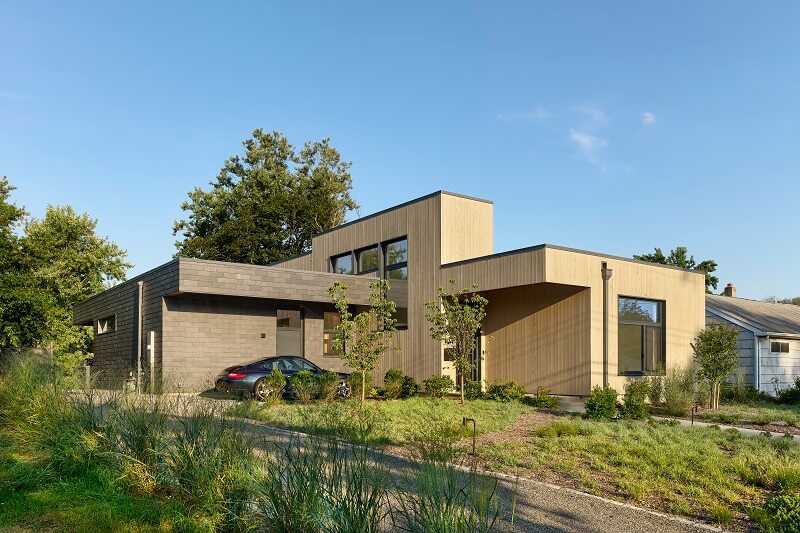 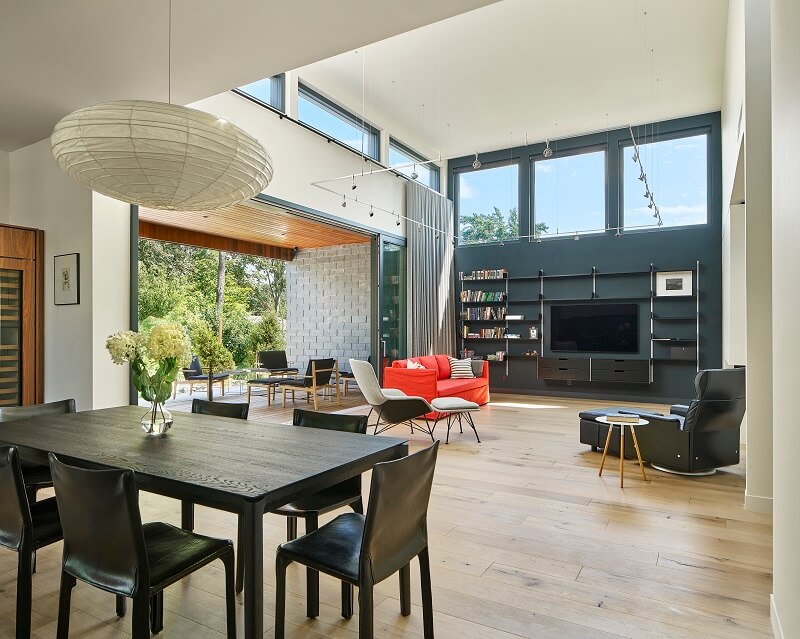 The CUPACLAD installation, my first as a specifier, was excellent,” reported Pedranti. “From the first samples, to the presentation from Matt Berk, and the details available on the website, it was a pleasure to work with the CUPACLAD product line.