A formerly underdeveloped land parcel located in the west side of Cleveland’s “Ohio City” area, has become a beacon of its progress. In 2019, ground was broken for a $60 million mixed-use project providing much-needed housing units and retail space. “Church+State”, named after its location at the intersection of Church Street and West 29th Street, (formerly named State Street) also offers underground parking and a spacious garage for both cars and bicycles, has replaced an area formerly consisting of two seldom-utilized parking lots. 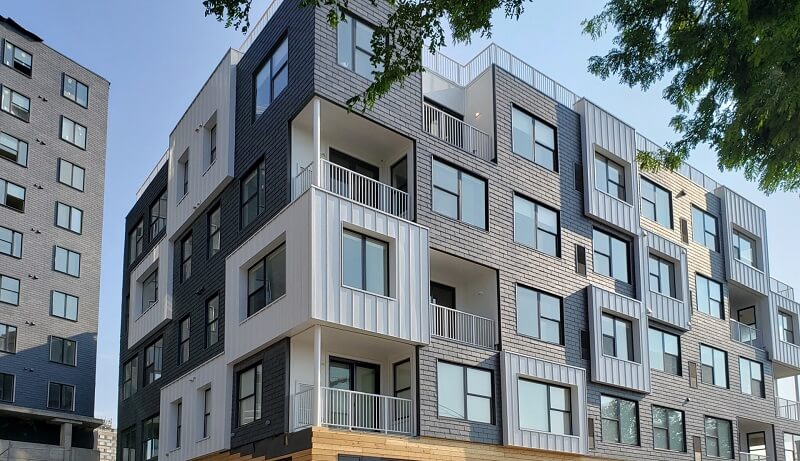 The atrium’s design, which encourages interaction, has everything from a 10-spout water park/fountain, sitting steps for crowds attending performances, a 17-foot red corkscrew spiral slide and a six-story-tall rock climbing wall on Church, smartly managed on weekends and holidays. 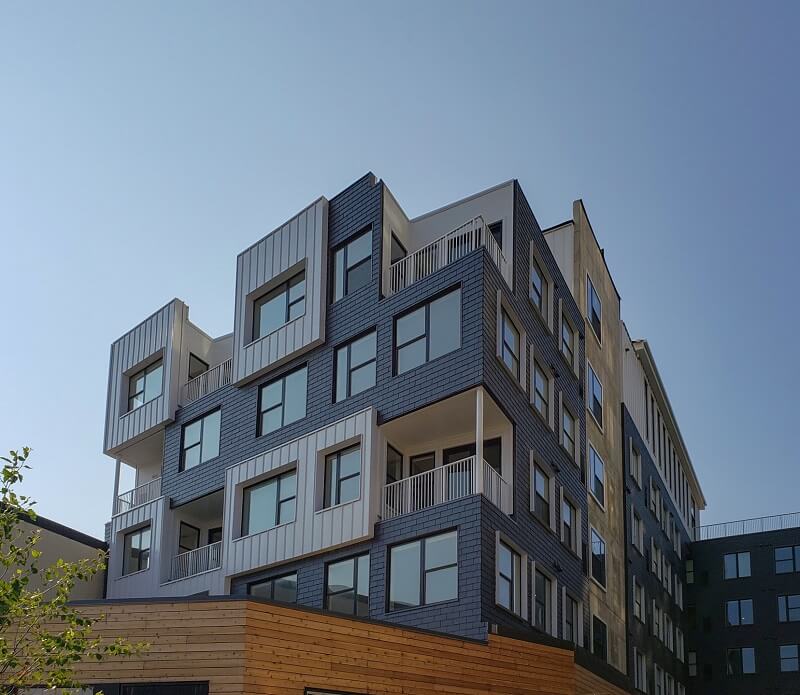 In Cleveland, the summers are warm, humid, and partly cloudy… winters are freezing, windy, and mostly cloudy. Over the course of the year, temperatures typically vary from 6°F to 90°F. Clearly, the new Church + State buildings were in need of an efficient exterior cladding system, which not only protected them from Cleveland’s unpredictable climatic changes… but also one that kept the apartments and retail establishments warm in the coldest of winters… and, cool in the hottest of summers. To address that, roughly 40,000 square feet of the CUPACLAD 101 logic rainscreen system were specified to accomplish just that. And also, to keep energy costs down. 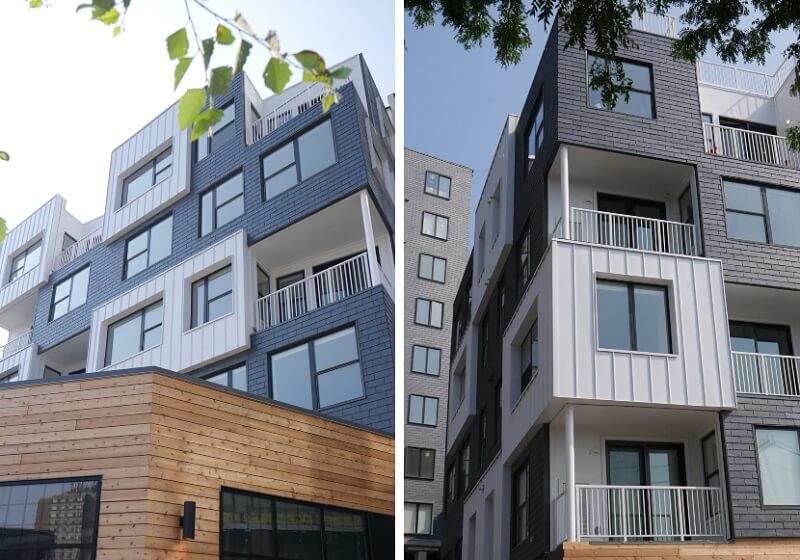 Over the years, practically all users of this product line have become staunch believers that specification of CUPACLAD truly is a wise investment. Architects acknowledge that, too. Canadian architect Michel St. Germain, stated,

“Cleveland’s weather can change in a heartbeat. I cannot state how important the specification is of a truly efficient rainscreen system. The Church + State project seems to be a highly professional architectural project. The choice of the CUPACLAD system to clad the building was an intelligent selection, one which I agree with wholeheartedly!”