“Adaptive Reuse” can take on lot of different meanings, ranging from reinventing an old warehouse building to repurposing ancient factories into slick, modernized multifamily housing. At its root, the concept is about reusing an old site or building for a purpose other than which it was built or designed for. What was old now becomes new. The term may be trendy, but the practice of rehabilitating a building or a space for another use is certainly not new. 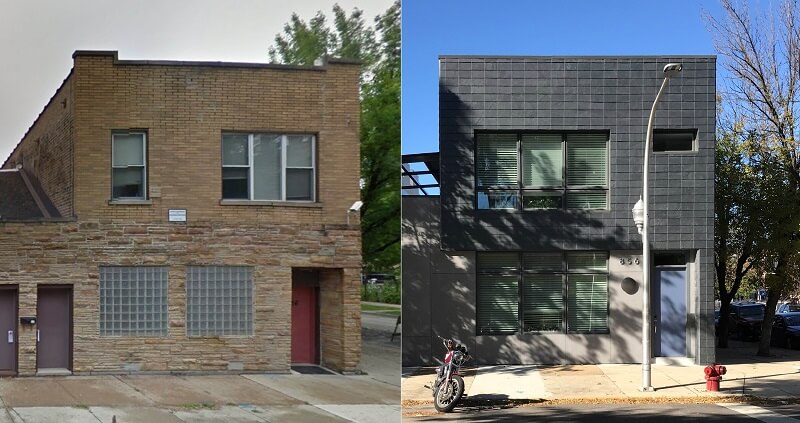 When the opportunity emerged for Amy Yurko, AIA, Founder and Owner of BrainSpaces Inc., a consulting firm, which promotes best practices and brain-based considerations in the planning and design of learning environments, to purchase the building neighboring her newly acquired property, she jumped on the chance:

“It made sense, as we were already renovating one building, so why not the one next door.”

Built in 1918, the 5,000 square foot property on Fairfield Avenue is located within one of Chicago’s unique, up-and-coming neighborhoods, “Humboldt Park”. The design team was geared to transform this building and give it a second (or, maybe even its third) life and new purpose.

The “locals” can tell you stories of the property being a loud and annoying biker bar that over the years, had just deteriorated and eventually closed, left unoccupied for a few years.

At first glance, one could see it had been clad over a few times; bricks and blocks a few layers deep were exposed. As Yorko’s team began to excavate to see what treasures they could find, it was soon discovered that the building had an old, iron storefront, which had never been properly protected from the elements. And as we all know, in Chicago, elements can be extremely harsh on old buildings. 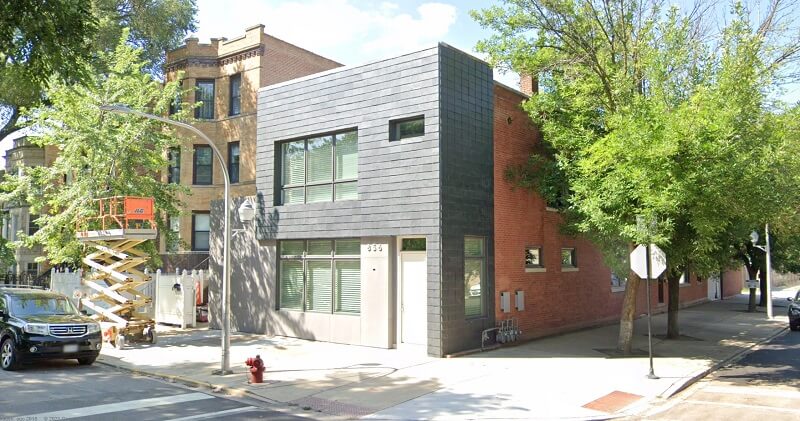 “Our initial construction ideas needed to restructured after this discovery, primarily for the safety of our crew but soon thereafter, we were on course.”

Several options came to mind as Yorko was designing the exterior of the building.

“We wanted something modern and pleasing to the eye. The neighborhood is deserving of that.” 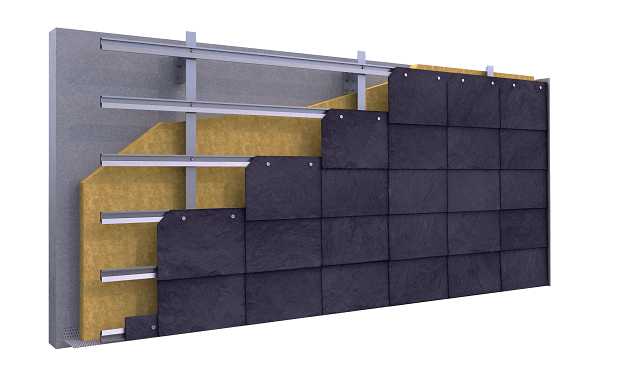 After noodling out all the options, CUPACLAD® Parallel 101 was chosen not only for its rain screen capabilities, but its aesthetic values far surpassed all the options considered. “There was no doubt we would be utilizing a rain screen system,” continued Yorko.

“But CUPACLAD® also gave us a surface that was complementary with our modern aesthetics. The surface looks different every time… wet and dry. We have this glistening façade one moment and then a buttery smooth matte exterior, the next. CUPACLAD’s sleek, timeless slate material is certainly turning heads.”

The CUPACLAD® 101 PARALLEL system offers an innovative style based on parallel lines, where its characteristic homogeneousness enhances the texture of the “metallic” slate. The 1,000 square foot installation of the 16” x 10” slate tiles with a horizontal orientation and minimal overlap gave the facade and edges a truly modern appearance. 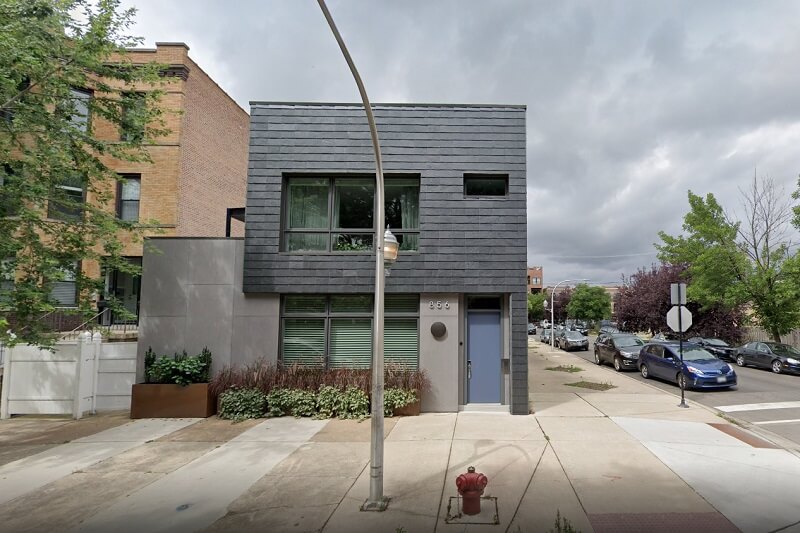 The renovated four flat is now a design office/studio for Brainspace along with additional living space. Humboldt Park is now home to the first CUPACLAD® Parallel 101 project and is glistening all the way. CUPACLAD’s system is “new” to the Chicago area, and the company’s technical team did not hesitate to come out and meet with the contractors to ensure a smooth installation.

“We have a number of school projects to embark upon, and we’re ready to specify the CUPACLAD® system for these. Humboldt Park is a rugged, older neighborhood with historic roots. Using this beautiful and functional slate rain screen, we’re able to keep the shape of the past, but add new visuals and protection for the future. It’s all good.”